With the addition of Hearthfire as downloadable content, Skyrim allowed players to build and live in their own customisable homes. One of the options for buildable rooms included a “trophy room”, where players can erect trophy versions of some of the creatures that can be killed in-game. This ranges from real world game like bears to the more mythical beasts like dragons. Yes, even in  a game where you can kill and mount living tree creatures called “Spriggans”, the very human fascination with animal remains still exists!

Hunting trophies appear to be somewhat culturally ubiquitous, and can be found throughout the archaeological record. Although most discussion on trophies in the Prehistoric tend to focus on headhunting and human remains (see Armit 2012), we do have plausible evidence that some recovered animal remains from sites were most likely kept as hunting trophies.

Of course, animal remains were used quite often in Prehistoric life in ways that went beyond decor and trophies – modified bones reveal that it was common to create tools (needles, pins, combs, etc.) out of hunted animals. Another common interpretation for animal bones and other associated remains found in more “domestic” contexts is that they may have had some sort of ritual use – for example, there are many instances of animal bones deposited in pits and building foundations (Wilson 1999). Arguably some of the most famous examples of ritual use of animal bones are the Star Carr deer frontlets – these cranial fragments with the antlers still attached were possibly worn as headdress or masks during rituals, perhaps as a way of evoking a form of transformation by the wearer (Conneller 2004).

Hunting trophies as we understand them today were popular as far back as the medieval period, where hunting for sport not only resulted in trophies of animal remains – there were also “living trophies”, in which big game and exotic animals were captured and kept in menageries. The popularisation of natural history exhibits and taxidermy in the 19th and 20th centuries also brought with it a new wave of displaying hunted animals, both for education and for the sake of, well, showing off your hunting skills. However, this wasn’t the only way to display one’s hunted game – it was also quite popular to commission paintings of hunting trophies, which would eventually evolve into the popularisation of photographing one’s kills (Kalof 2007).

Ultimately, if we look at the concept of “trophy animals” as a whole, what can we learn about human-animal interactions throughout history? The concept of a “trophy”, regardless of the method in which it is displayed, is centred around the objectification of the dead animal. It is also often a sign of power and a visual reminder of the sort of hierarchies in place in society – after all, trophy rooms and hunting for sport are often associated with masculinity and elite status. Unsurprisingly, there are also associations with hunting trophies and colonialism, with many photographs showcasing white men in pith helmets next to their “exotic” game in colonised regions of the world (Kalof and Fitzgerald 2003).

But here, in our fantasy video game, our trophies stand – perhaps problematic by nature of their associations in real life – but also as reminders of the system in which Skyrim runs, where I fondly remember how that one snow bear managed to kill me at Level 3 at least a dozen times. And now that snow bear is stuffed in my house. How the tables turn.

Armit, I. (2012) Headhunting and the Body in Iron Age Europe. Cambridge University Press.

Content Warning – Today’s blog post will talk at length about animal death and will have some photos of taxidermy animals. Please proceed with caution and feel free to skip the blog post entirely if this is too upsetting.

The “Death Positivity” movement has truly become part of the mainstream discourse recently, ranging from a general increase in appreciation for all things aesthetically macabre, to more organized events that educate others on death and the culture surrounding it. Arguably at the forefront of this movement in the United States is Caitlyn Doughty, a mortician who started the Order of the Good Death as a means of engaging with death and dying in a more positive manner and combatting the anxieties that surround death in modern society (Troop 2013). Doughty eventually began working with other organizers to create “death salons” – based on 18th century intellectual salons, these events gather academics, professionals, and creatives (such as musicians, artists, performers, and even chefs!) together to discuss aspects of death and the culture around death (Rosenbloom 2013).

But while our attitudes towards human death may be changing, what about our attitudes towards animal death? This may be a more complicated question than I originally thought – after all, given our utilisation of animals as subsistence, product manufacturers, and sometimes companions, humans will find themselves constantly confronting animal death. However, there are two specific examples of recent trends that I’ve noticed as someone who consistently works with animal remains in their everyday life…

Perhaps one example of changes towards animal death is the popularisation of “vulture culture” online – this term often refers to enthusiasts for collecting animal remains, either as skeletal elements or as taxidermies. Not everyone in the community processes their own remains, but everyone expresses a passion for collecting specimens via online sellers or by finding naturally defleshed remains in the wild. Some enthusiasts are also artists that incorporate animal remains into their artwork somehow.  It is usually emphasised that “vulture culture” collections are derived from naturally deceased animals as part of their ethics (Miller 2017).

Another example of “animal death positivity” could also be seen in the rise of pet mortuary businesses that specialise in “alternative aftercare”. This can either be as a full taxidermy piece, as a partial piece (for example, preserved tails or paws), or in skeletal form. Precious Creature Taxidermy, an alternative aftercare and taxidermy business run by Lauren Lysak in California, offers various aftercare services in lieu of what we may consider “traditional human funerary services” that includes the previously mentioned processes as well as cremation (Lysak 2018). Although it may seem a bit macabre to taxidermy one’s pet, you could also consider this as a deeper acceptance of death and its constant presence around all of us…in taxidermy form. 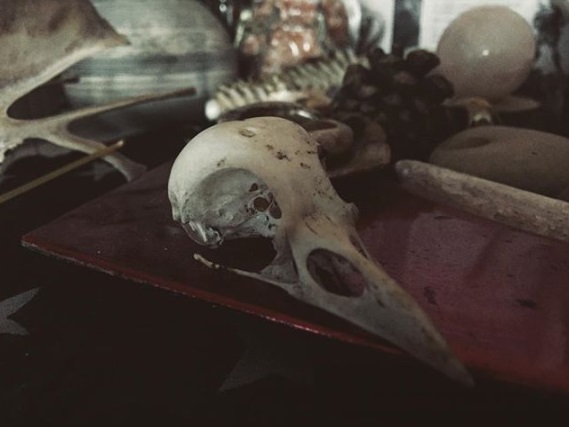 So, are we entering a new phase of “death positivity” with regards to animals? Do we even have a right to feeling “death positive” towards non-human species – after all, of course, many animal deaths are directly caused by human activities. I think that, ultimately, this is a very complicated topic that has many layers to it regarding concepts of posthumanism, of ethics, of agency, and so on – perhaps this requires another, more lengthy blog post! However, at least with regards to how humans experience the death of animals, specifically pets, I think we are making strides to better understanding the processes of death and utilising some aspects of “death positivity” as we apply it to humans in our overall understanding of the concept as a whole.