Note: Given that this blog post is based on a book series by a noted transphobe, perhaps consider donating to organisations that support and fight for the rights of the trans community. Ideally find a local organisation if you can, but here are some bigger organisations that I have donated to in the past: The Okra Project, G.L.I.T.S., and the Marsha P. Johnson Institute. Thank you.

“Are you seeking a challenging career involving travel, adventure, and substantial, danger-related treasure bonuses? Then consider a position with Gringotts Wizarding Bank, who are currently recruiting Curse-Breakers for thrilling opportunities abroad.”

Harry Potter and the Order of the Phoenix, p. 606

In the Harry Potter franchise, Bill Weasley is a Curse-Breaker for Gringotts Wizarding Bank. He is based in Egypt, where his job consists of breaking curses placed upon ancient tombs and treasures, ultimately sending anything he successfully retrieves to Gringotts.

So…um…does this mean that part of the Wizarding World’s economy is based on looting?

Unfortunately, we don’t learn much about the job itself beyond the fact that it’s an Indiana Jones-type treasure hunting profession that uses magic to circumvent any nasty curses or magical traps. We don’t even know what Gringotts does with the treasures obtained by Curse-Breakers, leading to many to believe that they are somehow incorporated into the bank’s circulation of gold into the economy, or that Gringotts simply enjoys collecting and guarding treasures of any kind.

There’s a theory that perhaps Curse-Breakers retrieve goblin-made treasures from ancient tombs and vaults – as explained by Bill Weasley in Harry Potter and the Deathly Hallows (2007), goblins view the creators of an object as the true owner of said object, not the purchaser, and that many goblins would prefer that goblin-made artefacts be returned to goblins once the wizard owner has died (p.517). So, with that perspective, Curse-Breakers aren’t looting, but repatriating items back to goblins. However, this is just speculation – goblins in the Harry Potter universe keep their secrets closely guarded, given the tense relations between goblin and human communities; in the same passage referenced above, for instance, Ron angrily mentions that goblins refuse to teach humans how they create their objects in response to Griphook’s anger at human wizards hoarding wand ownership and magic from goblins.

It wouldn’t surprise me if looted objects was secretly a huge component of the Wizarding World’s economy, though…after all, in the real world, the illegal antiquities market is huge. Recently, Hobby Lobby was revealed to have spent over $200 million for looted artefacts from Iraq to display in the company’s president’s Museum of the Bible (Arraf 2018). Even online marketplaces like Amazon and eBay have found themselves advertising the sale of stolen artefacts (Medrano 2017). These items sell for enormous amounts of money, given the cultural and social prestige surrounding “authentic” ancient artefacts.

There’s some good news, however. Archaeologists are becoming more militant against not only the illicit antiquities market, but the selling of any and all antiquities on the open market. Why? Well, it’s become what some Blythe A. Bowman refers to as a “grey” market – even the “reputable” markets can find themselves selling looted artefacts that (Bowman 2008, Stevenson 2017). A very timely example can be seen with auction house Christie’s, which is currently being sued by Egypt after they had sold a bust of King Tutankhamen for $5 million – Egyptian officials believe that the bust was actually looted during the 1970’s and has had its origins falsified to pretend its a legal purchase (Cascone 2019).

Personally, I can’t put any trust in the idea of selling artefacts, regardless of the market being “reputable” or not. If we’re going to be serious about repatriation in archaeology, I’d argue that we can no longer continue the high profile sale of artefacts. It diminishes the cultural and heritage value of artefacts to a monetary one, which often inflates to the point that only Western countries made rich through imperialism and colonialism (amongst other acts of violence) can afford these items for their collections and museums. This continues the cycle of museum-sanctioned looting of items from their cultural origins, where artefacts are not only physically, but also financially inaccessible to their places of origin. It’s a continuation of colonialism, plain and simple.

Cascone, S. (2019) Egypt will Sue Christie’s over the $6 Million Sale of a King Tut Sculpture Officials Claim was Looted from a Temple. ArtNet News. Retrieved from https://news.artnet.com/art-world/egypt-christies-lawsuit-king-tut-sculpture-1595746.

Rowling, J.K. (2003) Harry Potter and the Order of the Phoenix. London: Bloomsbury Publishing.

Stevenson, A. (2017) Why Archaeological Antiquities Should Not Be Sold on the Open Market, Full Stop. The Conversation. Retrieved from http://theconversation.com/why-archaeological-antiquities-should-not-be-sold-on-the-open-market-full-stop-54928. 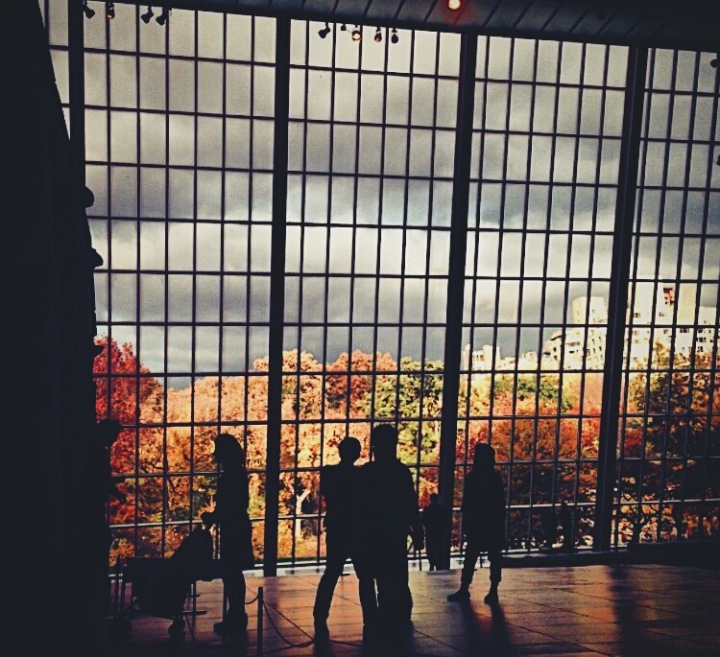 For Heritage UX’s blogging carnival on exhibit interactivity and archaeology, I thought it might been fun to highlight artefacts on display at the Metropolitan Museum in New York City.

Well, even though I no longer study as a classical archaeologist, there are a few pieces that I spent a lot of my undergrad year studying, both academically and just for fun, as I found them to be incredibly inspiring.

Even now as a zooarchaeologist, I still think of these pieces as inspirations – without them, I’m not even sure if I would have found as much interest in archaeology. 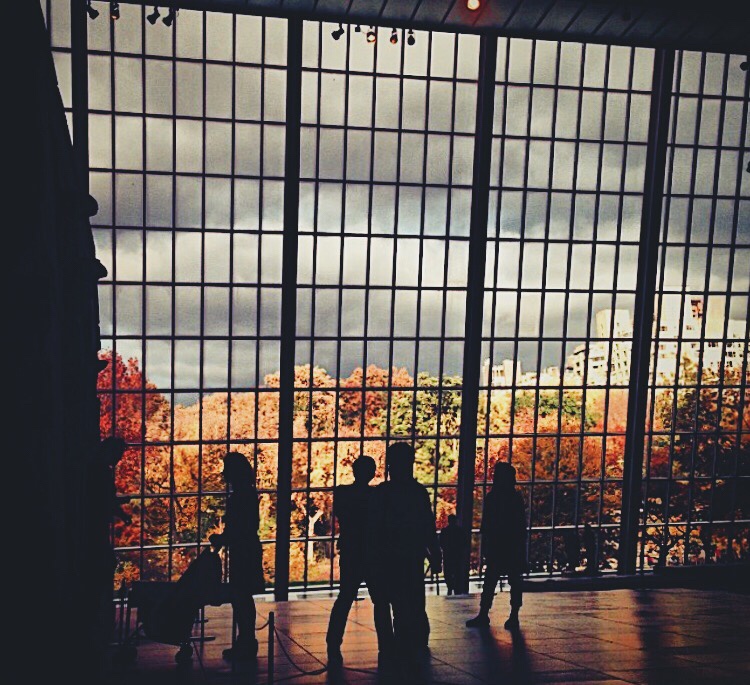 Here’s a selection of my favourites:

Statue of Kaipunesut – this wood statue from Egypt (ca. 2528 BCE) was the subject of my first ever archaeology paper and so the statue’s had a place in my heart ever since. Looking back, I think those cracks in the wood that I obsessed over in my paper led to my eventual obsession with bone fragmentation. 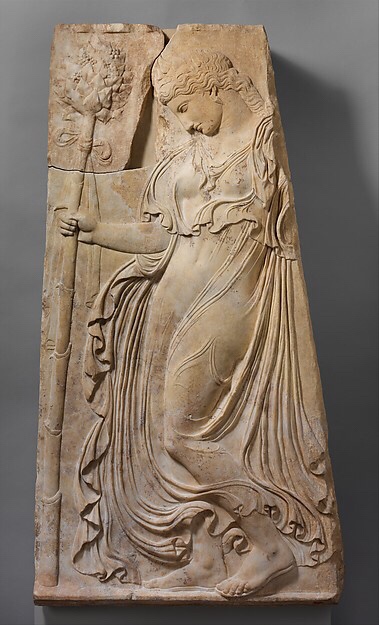 Marble relief with a dancing Maenad – Attributed to ca. 27 BCE, this piece has always been an absolute favourite of mine and set off a complete obsession with drapery in portraiture. That these ancient artists could so perfectly convey the softness and the flow of draped clothing has always blown my mind and nearly became my thesis paper! 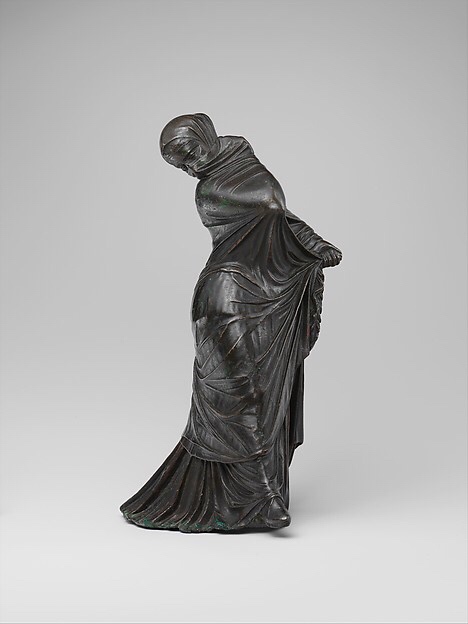 Bronze statuette of a veiled and masked dancer – Halfway through my BA, I took a course in Hellenistic archaeology and not only got to flex my cultural studies skills, but I also found more drapery-based artefacts to obsess over! There’s something about these dynamic, 3D pieces from the past that really makes me realise how amazing it is that I can experience something from so long ago…a silly statement I know from someone who looks at old animal bones all day, but still! Every so often, you kinda sit back and go, “Wow”. 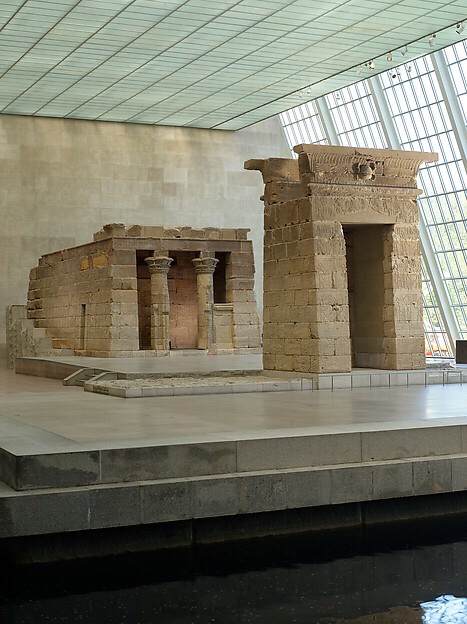 Temple of Dendur – Probably one of the most famous exhibits at the Met, the Temple of Dendur has been installed in its own room meant to provide a more immersive experience, with a human-made waterway surrounding the temple like the Nile. As I mentioned in the previous section, there’s something about these truly 3D pieces that make you come face to face with not only the past, but of the absolute privilege we, as archaeologists, have to interact with the past in the hands-on way that we do.

And on a more personal note, the Temple of Dendur was always a really peaceful place for me. As someone who lived 8 blocks away from the Met and was just coming to grips with worsening mental illness, this exhibit was often a refuge for me, to study or just chill out, away from the hectic city outside.

I hope you enjoyed this quick foray through some of my favourite classical archaeological pieces from the Metropolitan Museum – be sure to check out other blog posts written for this month’s blogging carnival hosted by Heritage UX!