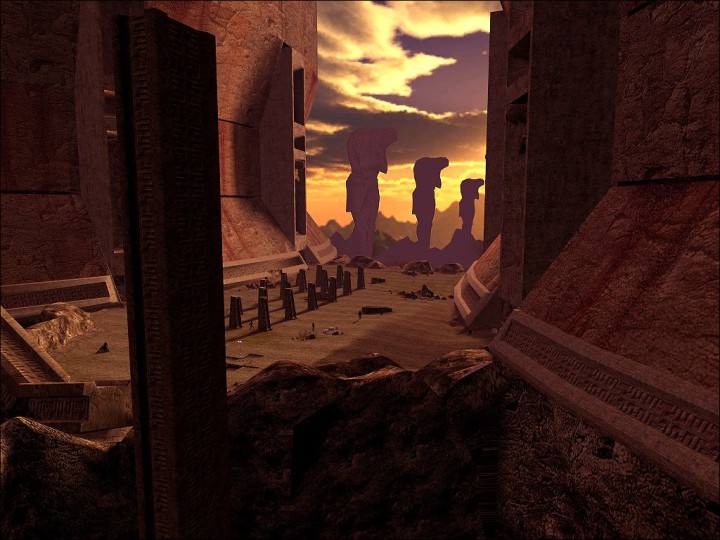 Unsurprisingly for a fictional universe that takes place “a long time ago, in a galaxy far, far away”, there is a fair amount of representation for archaeology in the lore of Star Wars. This is especially true for the Expanded Universe (recently made uncanonical with Disney’s acquisition of the franchise, but still canonical in the hearts of many fans – including my own!).

For Jedi, the role of the archaeologist was an alternative to following the path of becoming a Jedi Knight. Jedi archaeologists would train at the Academy of Jedi Archaeology before heading off with the Jedi Exploration Corps for excavation alongside other researchers, such as biologists and zoologists (Wallace 2010). On the other side of the Force, however, the Sith were also actively pursuing their own archaeological research.

In the video game series Knights of the Old Republic (Bioware 2003), for example, the Sith academy on the planet Korriban appears to be in the midst of a large scale excavation of the “Valley of the Dark Lords”, similar to Egypt’s own “Valley of the Kings”. The ruins of the tombs of several Sith lords have been uncovered here – Ajunta Pall, Ludo Kressh, Naga Sadow, and Marka Ragnos. As you enter the excavation site, you encounter numerous Sith students and droids at work – often in dangerous circumstances, as predatory creatures are also found throughout the ruins.

So why would the Sith care this much about archaeology? Most likely the same reason why archaeological research has been used by fascists and dictators in the real world’s past: propaganda. For example, excavations under Nazi Germany were led with the intent of producing results that would become part of the proud nationalism that so identified their political party (Galaty and Watkinson 2007). As a political tool, archaeology can be used as “proof” for a distorted past that gives credit to whatever propaganda a political party is rallying behind; that one race is better than another, that one’s beliefs are more true, etc. History can be a powerful tool for oppression, and the misuse of archaeology makes for an excellent tool in legitimising (Arnold 2008).

In the Star Wars universe, the same can be said of Sith archaeology. The Sith, unlike their Jedi counterparts, believe that one should be proud of the power they wield, and constantly seek more. The tombs of the ancient Sith, as well as most of the walls of the Sith Academy itself, are lined with massive iconography depicting towering statuary that lord over the valley itself, creating an oppressive aesthetic that fits the Sith ideology well.

Of course, there’s another level of practicality in archaeology of the Star Wars universe – the past can actually talk back. Holocrons are common methods of recording information by both the Sith and the Jedi, allowing for users to be taught by the recorded holograms of those from the ancient past (Wallace 2010). Spectral beings, through the Force, can also be encountered and spoken with – this may come in the form of a benign spirit, such as Obi-Wan Kenobi in Empire Strikes Back and Return of the Jedi, or in a malicious spirit ready to fight and kill any mortal that dares to intrude, as seen in the many tombs of the Sith.

The Sith use this interactivity with the past as a tool not only for pushing their own propaganda, but also instilling the lessons they live by – that power is key, and only be defeating those around you can you succeed (Veitch and Anderson 1994). In Knights of the Old Republic, you infiltrate the Sith Academy as an apprentice  and are put to work diving into the ruins of the Sith tombs. The usefulness of this practice is twofold for the Sith masters – on one hand, the defence mechanisms placed into the tombs, which consist of dangerous creatures as well as dark Force spirits, can weed out the weak from the strong, an important aspect in Sith ideology. On the other hand, this also aids in the retrieval of many Sith artefacts – again, a showcase of power that works as propaganda, as well as a transfer of power itself. A Sith who wields the mighty sword of Ajunta Pall, for example, could lay some hefty claim on power within the Sith hierarchy.

In the Star Wars universe, the Sith are an example of the corruptibility of power – how greed for power, even if it begins with good intentions, can lead to the Dark Side. The same can be said for archaeology in a sense – although it may have started with the intention of discovering the past, in the wrong hands it can be used as a political weapon as powerful and as deadly as a red bladed lightsaber and corrupt any good that may have once come from it.

Arnold, B. (2008) The Past as Propaganda: Totalitarian Archaeology in Nazi Germany. Antiquity.

Wallace, D. (2010) The Jedi Path: A Manual for Students of the Force. Chronicle Books.

5 thoughts on “There is Power in the Past: Sith Archaeology and Propaganda in Star Wars”