Today’s blog post is actually the first of a two-parter – there’s just too much to talk about in one post! The second part of this post will be published sometime next week…until then, enjoy reading about how (thanks again to YouTuber Camelworks for inspiring this post with his own Skyrim-based series, Curating Curious Curiosities).

At some point during the main quest of Skyrim, the player must enter the depths of Blackreach, a cavern located deep underneath a Dwemer (the Dwemer, also referred to as Dwarves, are an ancient and extinct race within the Elder Scrolls universe) ruin called the Tower of Mzark. Blackreach contains the remains of a massive mining project headed by four Dwemer cities: Arkngzthamz, Mzulft, Raldbthar, and Bthar-zel. After miners in Blackreach discovered a new, precious mineral known as “Aetherium”, the Dwemer immediately got to work building new buildings and machinery to help with the extraction and preparation of the ore. Although the exact use for each of the buildings are never further elaborated on within the game’s lore, it can be assumed that these were built to house miners and researchers working in Blackreach.

Yet something stands out among the Dwemer buildings and machines…tucked away behind the remains of a tower, the player can find a ruined pillar of sorts. But upon further inspection, you may notice something different about this pillar – it has noticeably different patterning etched into the stone. These patterns actually reveal that these are ancient Nordic ruins (Camelworks 2018)!

But how can we tell these aren’t Dwemer ruins? After all, what’s the difference between one pile of rubble and another? Well, let’s look at the style of each of these ruins…

The Dwemer style tends to be rather geometric with straighter lines and shapes – the few curved motifs are usually found in the form of thick spirals as evident in the image below.

Meanwhile, ancient Nordic designs are more circular – we see more concentric circles and ovals, following the general shape of the burial tombs that these designs are most often associated with. 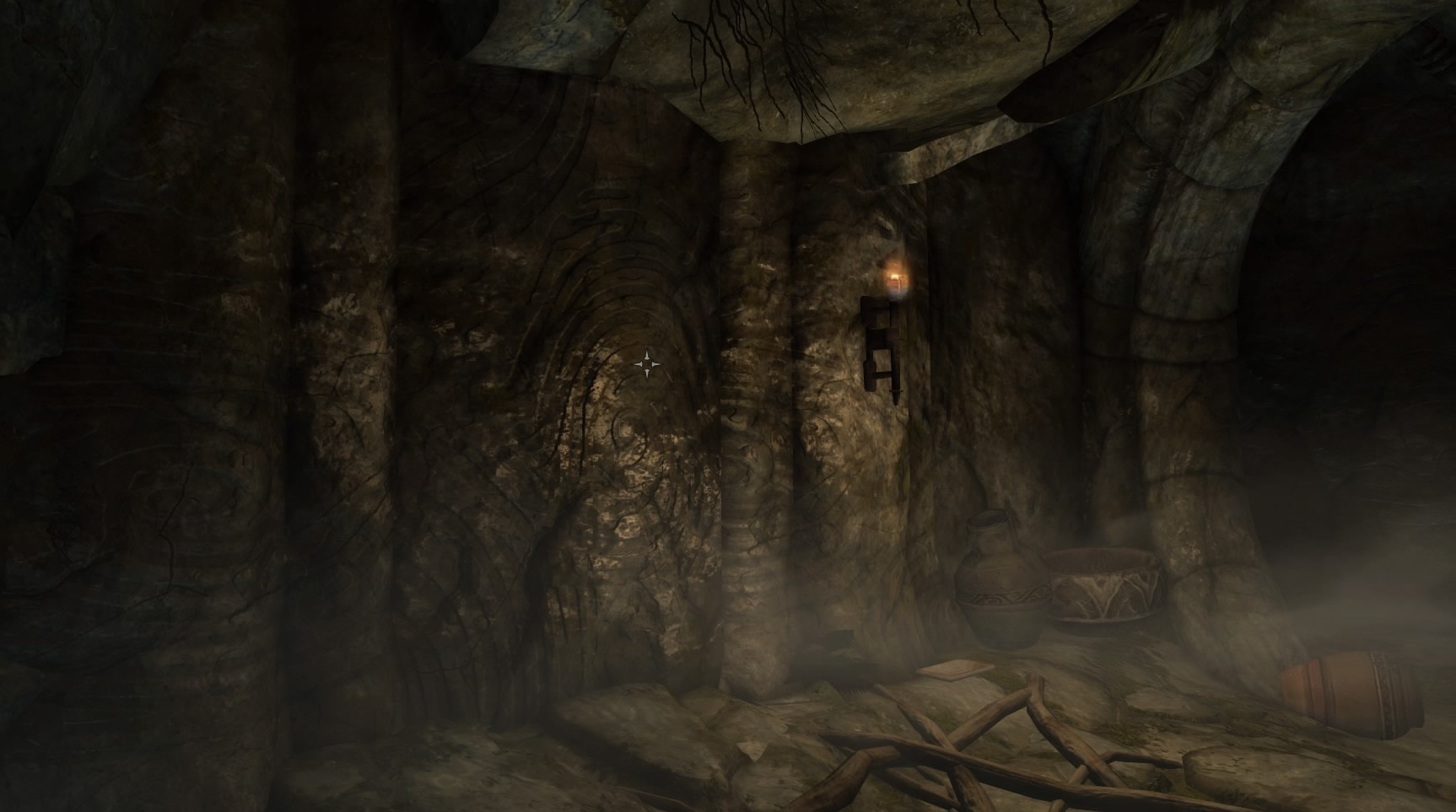 But while the Dwemer have long disappeared, the Nordic culture still exists within the world of Skyrim – so, how can we tell that the pillar found in Blackreach is of ancient origin, rather than a more recent development created by travelling Nords? Let’s compare the styles of the two time periods, then! As seen in the image above, the ancient Nords were fond of circular patterns that followed the general shape of their burial tombs. But look at the image below of a “modern day” (at least, within the world of Skyrim) Nordic building – again, they still favour circular patterns, but now they are more interwoven into chain-like patterns that interconnect each individual circle into a large piece. 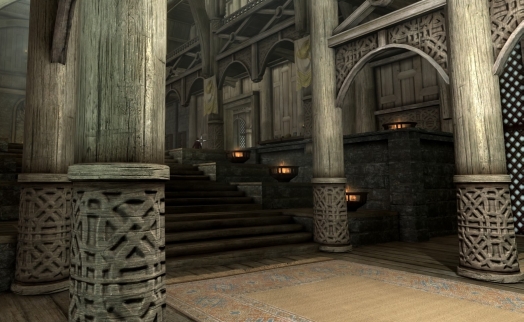 In real life archaeology, this process of classifying stylistic traits is often used in creating typologies – by using particular aspects of an artefact or building, archaeologists can create a typology which can assist in creating a general chronology, or to differentiate between different cultures (as you can see in the above examples of the Dwemer, the ancient Nords, and the present Nords!). This is quite popular within the study of ancient ceramics (Paterna 2012) – for example, look at the image below for a sampling of typologies created to describe Greek pottery.

Next week, Part II of this post will be published – it will get more in-depth with how Skyrim takes typology to the extreme in order to differentiate between cultures within the (relatively small) space that the video game takes place. Stay tuned!

2 thoughts on “Studies in Skyrim: Lessons in Typologies, from Dwarven Fortresses to Nord Ruins (Part I)”